We called my grandfather Poppy.  I don’t know why my family went with that moniker, but I called him by that name until his death, six weeks before my first wedding in 1992.

He was not an educated man – I think he only went to school until he was ten years old. One of seven children of an immigrant family with a tirelessly hard-working mother and an alcoholic father, he managed to marry, raise four children, and move to the country and own a home.

He worked in construction his whole life and was among the ‘hands who built America’ in New York City. Upon retirement, he started a mechanic’s business out of his garage. My whole childhood was spent seeing strange cars in my grandparents’ driveway, and my small but strong grandfather popping up from underneath the car.

Now, this would be a nicer story if I could say that he was sweet, and we had a great, close relationship. But he was really hard to know, and he had a bit of a gruff, aloof personality. Although, he liked to laugh and eat snacks – so we have that in common.

However, there is one thing he repeatedly said that I can’t forget. It has guided me through many years of self-doubt and fear. A man whose reading skills didn’t reach beyond the daily newspaper, and never stepped foot on a plane or foreign soil, taught me this:

Now, sometimes you really can’t. I can’t be a sumo wrestler (too small and weak). Or a bee keeper (not a bug person). Or a surgeon (one drop of blood and I’m out).

So, don’t get mired in the “cant’s” of life. For every true “can’t” there are a hundred “I absolutely can and I freaking WILL!” paths you can take.

More next time on how I got unstuck and overcame my long list of “cant’s.” 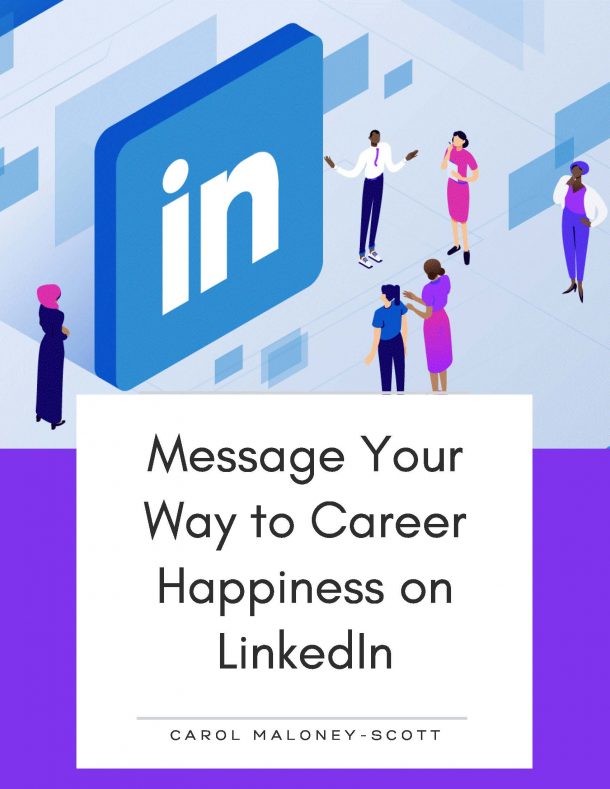 Are you great at building the candidate pipeline for your company, but when it comes to growing your own intentional, supportive community…not so much?

Whether it’s lack of time, knowledge, or confidence – I’ve got you covered. Snag your FREE guide today:

Message Your Way to Career Happiness on LinkedIn